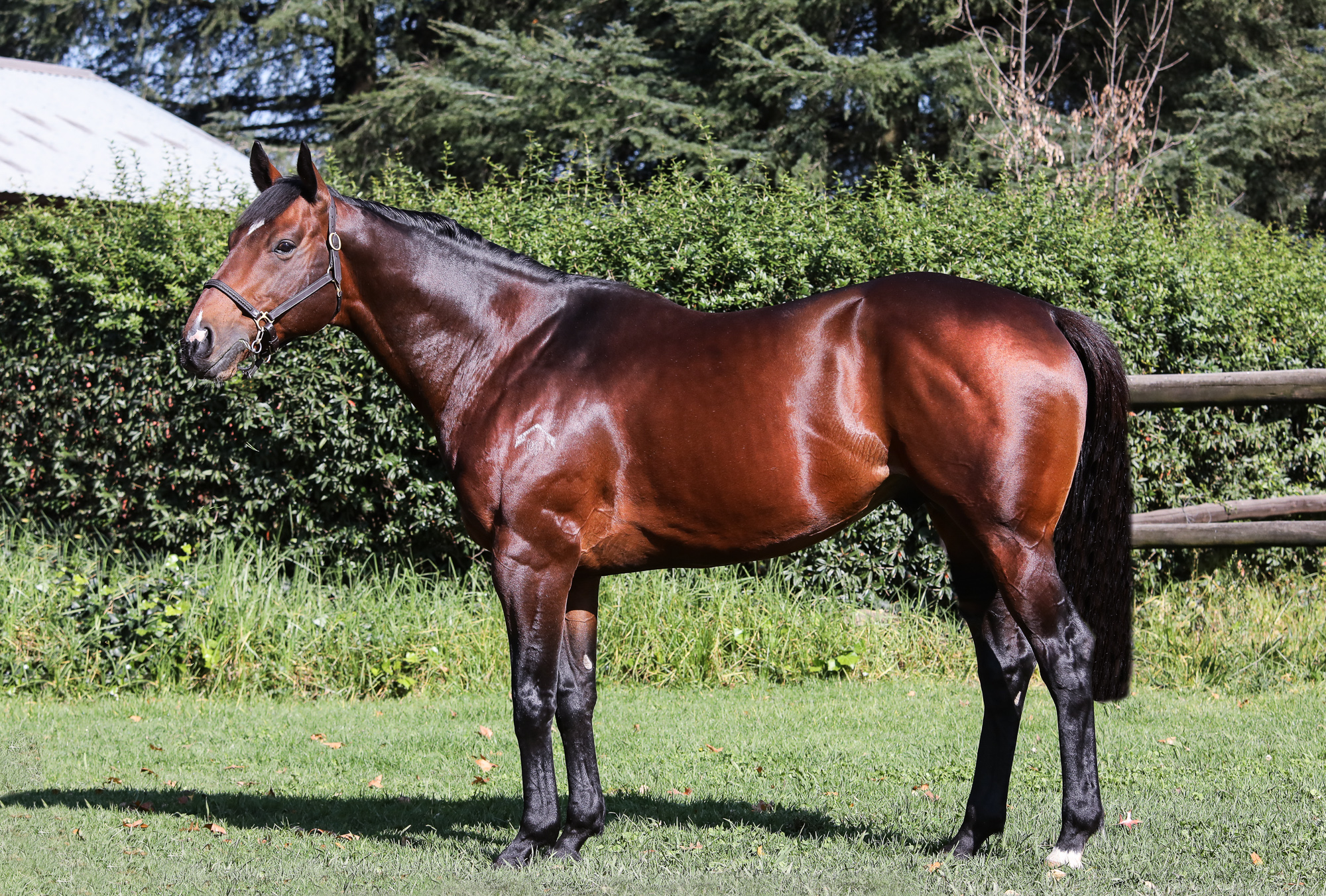 Trained by Johan Janse Van Vuuren during his racing career in South Africa and owned by Laurence Wernars, New Predator is a very handsome and imposing individual who will be easy to mate to South African mares with his outstanding pedigree and conformation.

His sire New Approach, a champion colt in the UK with a Timeform Rating of 132 in 2008, is a son of World super-sire Galileo and already has 39 Stakes Winners under his belt.

From the first crop of New Approach, conceived after Classic winners Dawn Approach and Talent, produced Derby hero Masar and Gr2 winners Loxley, Ostilio and Waldie. New Approach has produced 44 Stakes Winners (7 of them Gr1 winners) to date, with a lifetime-winners to runners’ percentage of 63%.

New Predator is out of a winning Fastnet Rock mare, who is a half-sister to Australian 10-time winner (including three Listed races) Presently, as well as Gr3 horse Another Time.

Fastnet Rock, a sire sensation on both sides of the hemisphere is a son of Danehill and has had a brilliant start to his career as a broodmare sire. He has already nicked exceptionally well with Galileo mares, producing 7 Grade 1 winners (25% Stakes Winners).

Twice Champion sire in Australia, Fastnet Rock currently stands in Ireland for a fee of €70 000 at Coolmore. His daughter Misrock changed hands in late May, for $Aus 2,3-million, and will be headed to the UK. The Danehill and Sadlers Wells blood has been a most successful nick and New Predator is proof of this.

A racehorses of the highest quality who defeated two Vodacom Durban July winners amongst his races, New Predator is a winner of the Gr2 Drill Hall Stakes and Gr2 Charity Mile, and has placed in three Gr1 races, including twice in the Horse Chestnut Stakes and the Gr1 Mercury Sprint.

His Gr1 form line was exceptional having defeated in Graded Stakes races all of Vodacom Durban July winners The Conglomerate and Legislate, as well as Gr1 sprint masters Rafeef, Will Pays, Attenborough, Talktothestars and the likes of multiple Gr1 winners Abashiri, Rabada and Deo Juvente.

New Predator has been syndicated and already enjoys the committed support of the majority of the commercial breeders in the province. His service fee for his first season is R 10 000.00.