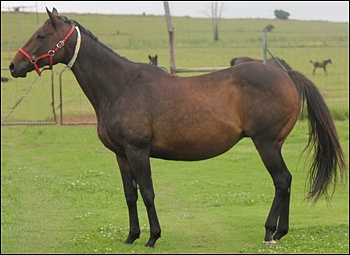 Although she never raced, Crystal Clear has made a cracking start to her career as a broodmare at Rob and Michele Pickering’s Middlefield Stud, producing outstanding progeny including four runners and three winners.

Clear Creek, Crystal Clear’s dam was acquired under unusual circumstances. “Clear Creek was owned, raced and bred by Pip Davis of Rondebosch Farms,” explains Rob Pickering. “Clear Creek ran second in the Grade 1 Paddock Stakes beaten by a short head with Muis Roberts riding her. He got off after the race and said that he was terribly sorry, that he should have won the race.

“Clear Creek was given to Jack Lunn in Himeville by Pip Davis. We phoned Jack Lunn and asked if there was any chance of Clear Creek coming back to breed and he said: ‘well, why shouldn’t she breed?’ The vet had said she would never be able to have a foal, and Jack said ‘that guy doesn’t know what he is talking about because she has a Basuto pony foal at foot!

“My daughter Cilla and I went and picked her up and brought her back to Middlefield. Michele got two foals out of her, both colts, one being Clear As Day Light – he has quite a temperament. That’s one thing about this mare, Michele used to call her “Creeky” because she was really creeky. She had attitude and she has bred it to her daughter Crystal Clear who also has attitude.”

In terms of Crystal Clear’s pedigree, she is by Alami and is a daughter of Clear Creek, who in turn is out of Miss Honeychild, a stakes winning daughter of the wonderful sire Persian Wonder.

“She was one of the first Alami mares at stud,” Rob continues. “Alami’s dam was Alchaasibiyeh who was a very expensive broodmare (selling for $3,750,000 in 1984) when they sold her. She bred some really decent horses, Thunder Creek being the best. She is a very big roomy mare, she throws beautiful individuals. Her foal at foot at the moment, Blind Rise, is very nice. They are very good-looking individuals, plain bays without markings.” 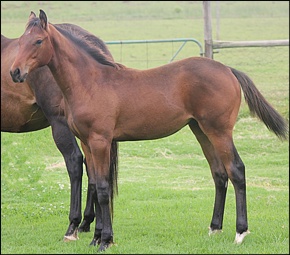 Her next Martinelli foal, a colt named Thunder Creek would do her very proud. He won eight times including the Gr 3 King’s Cup, defeating Thandolwami by .25 of a length. He placed 11 times, earning himself R590 385 in stakes over a distance of 1200-1600m.

Her next colt by Rakeen was named Clearly Keen – and he won and placed from just five starts over 1600m. Clearly Keen sold for R1-million at the 2008 Emperor’s Palace National Yearling Sale.

Crystal Clear has an unraced two year old by Carpocrates named Ice Crystal. Rob says of the filly “Ice Crystal, by Carpocrates, is showing a lot of ability but because of the change of racing she was going to run yesterday, over 1200 but they have put her in for Friday night but she is drawn badly on the bend so I think Richard might scratch her.”

Crystal Clear also has a yearling called Buck Shot by Carpocrates, which Rob describes as “A real cracker. He is my best colt going to the Nationals.” He has been consigned to the upcoming Emperor’s Palace National Yearling Sale at the end of April this year.

Crystal Clear’s dam, Clear Creek is a five-time winner including the Gr 1 Flamboyant Stakes, and she placed second in both the Arc-En-Ciel Paddock Stakes Gr 1 as well as the Computaform Debutante Stakes, and third in the Guardian National Fillies Guineas Gr 1 and JB McIntosh Fillies Classic. To date this mare has produced a five foals, four runners and four winners, the unraced foal being the subject mare. Her most prolific horse produced has been Clear As Day Light by Modern Day. This gelding has achieved four wins and earned R233 403 in stakes over 1400-1600m and he has placed nine times.

Crystal Clear is currently in foal to top-five stallion on the National Sires Log, Kahal.

To view a few of the foals from Middlefield Stud, click here. 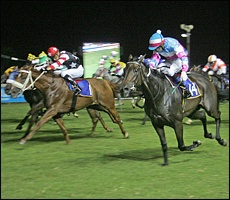 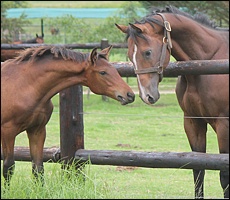 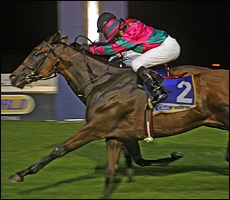