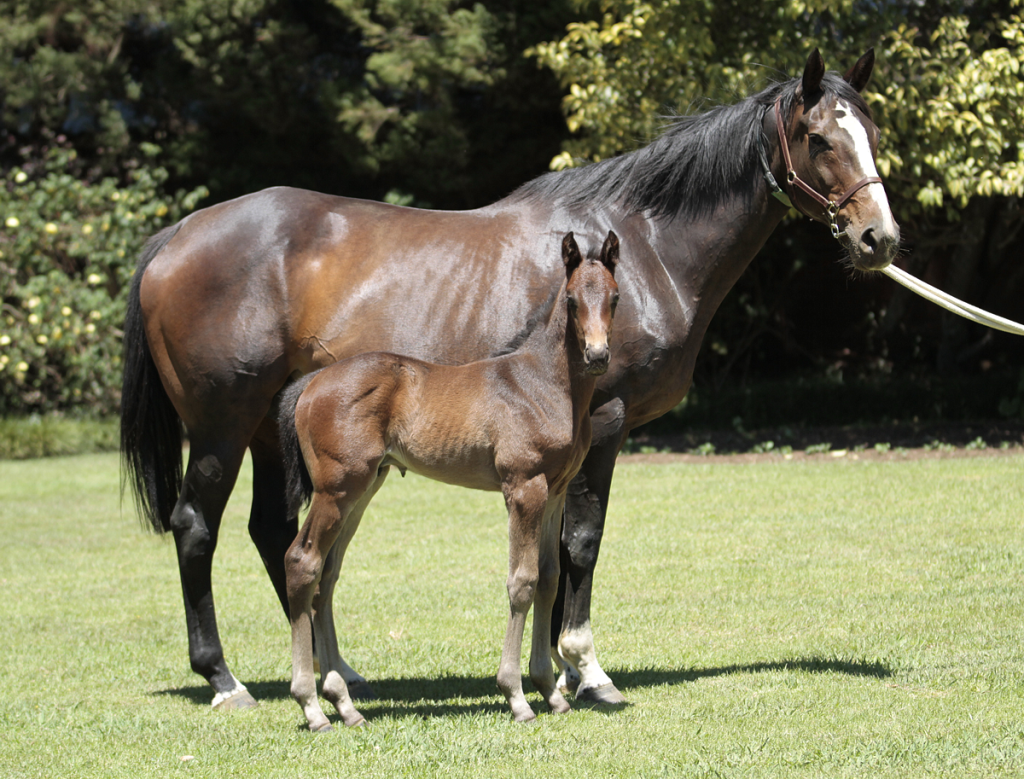 The Scott Bros have introduced a magnificent Crusade colt out of their home-bred mare Endangered Species, the dam of 2015 Gr1 Gold Cup winner Wild One.

A big mare both in substance and height with a kind disposition, Endangered Species is barren this year but will be covered by Mogok once more.

The daughter of former Scott Bros’ resident sire Sapieha is out of a Gate Dancer mare Swallows Dance (SNL), won twice and placed three times over 1200m – 1400m. Described as producing really big horses, the dam of Wild One has produced five runners and five winners to date, including Gr1 Mercury Sprint placed Extinct (by Spaceship).

Endangered Species’ third dam is First Swallow, a two-time winner in Britain who came to South Africa to win nine times and be voted Champion Older Mare in 1978 after winning the Gr1 Computerform Sprint. Her daughter went on to produce Gr2 Gold Vase placed Lunch Club. This is also the immediate family of Political Pet and sire Gold Rod.

Wild One had an exceptional season prior to his unfortunate passing shortly after the Gr1 Gold Cup, suffering a heart attack in the recovery room post surgery. Trained by Mike De Kock and owned by Sean Philips, Wild One (by Mogok) was crowned Equus Champion Stayer for the season 2014/2015, earning almost R1,800 000 in three racing seasons after being sold for R95 000 at the 2011 Suncoast KZN Yearling Sale.

He also won the Gr3 Lonsdale Stirrup Cup and placed in the Gr1 SA Derby, and second in the KZN Breeders Million Mile in a prep race for the Gold Cup. He was expected to be a big runner in the Gr1 Summer Cup this season. Wild One is the fourth Gr1 winner for his sire Mogok.

His full-brother Save The Rhino is described as a very big handsome individual, and is said to have plenty of ability. The four year old gelding is a winner over 2000m and has placed twice from his last two starts at Turffontein from the Ormonde Ferraris stable.

Endangered Species’ Crusade colt for the 2015 is a tall, beautiful individual with a regal disposition who catches the eye. Crusade’s first crop are now yearlings, and the progeny of the Gr1 Middle Park Stakes winner will be on sale in 2016. It isn’t difficult to miss the Crusade’s, the son of Mr Greeley stamps his foals with great authority – mostly black individuals with very little to no markings at all which is an encouraging trait of a good stallion.

A speed sire with a confirmed Equinome Speed Gene test of a “C:C”, Crusade has once again received a full book for the 2015 season, his third season at stud for a service fee of R20 000. The KZN Breeders are looking forward to his progeny hitting the tracks in 2017.