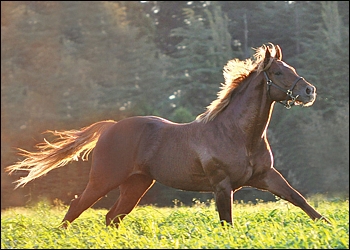 Michael Holmes Bloodstock will be holding a total dispersal sale of the racing and breeding stock of the late Roy Eckstein, and Mr and Mrs RC Muir, who own magnificent sire Ravishing, standing at Summerhill Stud.

11 of the 13 yearlings offered are by KZN-resident stallions predominantly by Ravishing, Kahal and The Sheik. Ravishing recently had his second winner from just a handful of his first crop of horses to race. The sale will see the likes of Multiple Stakes winners Tales Of Bravery, Twitter, Tribal Dance and Top Seller falling under the auctioneers gavel.

Broodmares see Lot 28, Queenofmountain(USA), (by Dixieland Band – Queen’s Statue by King’s Bishop) the dam of Kingofmountain by Ravishing who has placed five times as a two year old. She is currently not in foal. Her last season foal is again by Ravishing, Lot 49 – who will be sure to attract some attention at the sale. The mare has produced two runners and a winner by The Sheik.

Lot 34 is Gr 3 winner, Sleek Braashee (by a stallion that stood prior at Summerhill Stud, Braashee) who has produced five runners and five winners. Out of Sleek Wine by Sleek Gold, this is the family of Snow Goose and Hornsby.

Lot 42 is an unnamed Kahal yearling filly out of Gal Mufti by Al Mufti. It is the mare’s first foal. This is the family of Jessamine, in turn family of Red Flyer, The Sheik, Al Nitak, Shoe Express and Top Seller.

Lot 44 is a yearling filly by Ravishing out of Humberstone by Kahal, another first foal for the mare. The third dam is ARCSA champion En Avant(IRE), voted ARCSA Champion Older Sprinter of 1981. This is also the family of Taban.

Lot 45 is a yearling filly by Ravishing, another first foal for this mare Lagonda by Badger’s Drift. This is the immediate family of Angelina, Bold Vixen being the fourth dam and including Epaulette and Arctic Fleece in this family.

Lot 50 is a yearling colt by The Sheik out of Gr 2 Drill Hall Stakes winner Rambo’s Jewel, by Rambo Dancer. The mare has produced four runners and four winners to date – this colt is a full-brother to three winners, Sheik’s Jewel (4 wins), The Madji (2 wins), Rulerofthedesert (2 wins). 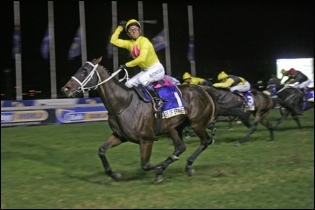 Racehorses in training include Lot 55, Huntingtime, a four year old gelding by Kahal ouf of Huntingfields by Huntingdale(GB). This gelding has achieved two wins and five places to date, with Asmara and Summer Silence in the immediate family.

The final lot we look at, guaranteed to attract attention – will be that of Lot 59, six year old gelding, Tales Of Bravery. Conceived by Backworth Stud, his dam was sold in foal to Kahal, to the Victory Moon Syndicate – the mating producing Tales Of Bravery. The winner of this years Gr 2 Drill Stakes as well as the Gr 3 Matchem and Gr 3 Rossgo Winter Classic, this gelding has won over R1,3 million in stakes. Out of Emperor’s Warning by Caesour, he comes from the immediate family of Rathmor Stud’s Gypsy’s Warning and Surabi, and his half-sister Meet Me Halfway (bred by Spring Valley Stud – by Mogok) recently shed her maiden tag. His dam stands at Spring Valley Stud in the KZN Midlands, and has produced six runners and six winners to date.

The sale takes place 7 September at 12:30pm at Arc-En-Ciel Stud in the Cape.

For more information and to view the catalogue click on mhbloodstock.co.za.