Launched in 2008, Wood-Moore Manor Stud’s focus is on commercial breeding and racing with the aim of being recognised for superior quality in our bloodstock and developing a strong culture of loyalty and commitment to our industry and all its stakeholders.

Wood-Moore Manor Stud’s philosophy is not about the horses that people buy, but the races they breed to win. Founded on passion and personality, Wood-Moore Manor Stud is fast establishing itself as the next generation within the thoroughbred racing and breeding industry, by enhancing the traditions of the “Sport of Kings” and raising the bar.

Our focus is on excellence and breeding tomorrow’s great turf legends today. 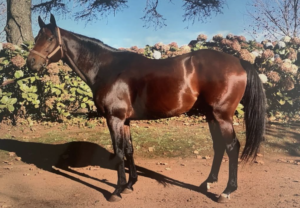 Prussian Princess is a half sister to Imperious Sue, ARCSA Champion Older Female in 1997 and the dam of Blue Heather and Imperious Star, in turn the dam of Sunset Tripp and Thumbs Up.

This is the female line of Hidden Beauty, Royal Air Force and Imbongi, Spring Garland, Kelly and Victory Moon.

This makes Badger’s Drift the Sire of FIVE “Black Type” runners, thus far this 2012 season. Others include “Catchadrift” Gr3, “Lord Badger” Gr3 & “Act of Supremacy” Gr3. Lord Badger is the winner of the Eastern Cape Guineas Listed, and Badger Lake the winner of the Durbanville Cup Listed at Kenilworth.

Broodmare Sire of 2014/2015 Equus Horse Of The Year and Group producing sire, Futura.