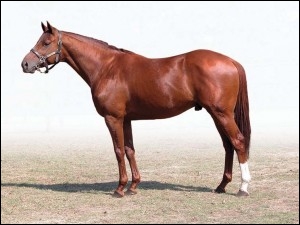 Cathy Martin has advised that Modus Vivendi returned to KZN on Saturday from the Cape on behalf of St John Gray to their Hadlow Stud. Modus Vivendi is owned by Harold Muller. Cathy now has two new stallion additions for the season from the Cape, the other being Announce.

Modus Vivendi is of course the sire of Mulitiple Gr 1 winning mare, whose dam also stands at Hadlow Stud, Dancewiththedevil.

“Modus Vivendi is an extremely well bred horse and we have a few mares on the stud out of the same or similar dam-lines as Dancewiththedevil”, says Cathy Martin. “It makes sense to mate these mares to this stallion. It will be good to see Modus back in circulation and getting more runners and winners. He produces good-looking and well-conformed offspring.”

Dancewiththedevil has had nine wins to date including six stakes wins – of which five of those are Group 1 status – as well as five places including a second in the Joburg Spring F & M Challenge Grade 3, placing in April in the L Jaffee Empress Club Stakes Grade 1. To date she has earned a total of R3, 903 425 in stakes from age three to five.

Modus Vivendi is by Zafonic out of Sir Ivor mare Monroe (herself a full-sister to Champion sire Malinowski), having a dam-line filled with Bold Black-type – and in particular Grade 1 producing sires. Zafonic was a champion two year old colt in Europe and he is a full-brother to Zamindar – as well as a half-brother to the dam of Reams Of Verse, Elmaamul and Modern Day.

Modus Vivendi is a full-brother to Xaar, who carries a Timeform Rating of 132. Xaar is a 5-time winner and was Champion 2 & 3 year old in Europe including the Grade 1 Dewhurst and Prix de la Salamandre. Modus Vivendi himself won 2 races in France at ages 2 and 3, from 1200 – 1800m and placed twice from four starts. He placed in both the Gr 3 Prix Daphnis and Listed Prix Djebel.

Under the first dam Monroe, besides Xaar who is himself a sire there is also Masterclass, sire of Gr 1 winners, Speak In Passing, Ile de Jinsky, and Esquire. 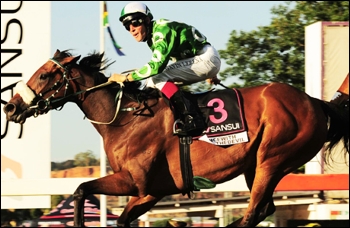 His second dam is Best In Show, dam of Champion Broodmare sire Northern Guest – as well as Northern Guest’s full brother – a champion sire in his own right Try My Best and El Gran Senor.

Modus Vivendi is also related to Scott Bros sire Atso, through the dam Chimes Of Freedom.

To date Modus Vivendi has sired the likes of Dancewiththedevil who is currently in Mauritius in quarantine destined to extend her racing career in the UK, Makzoos, as well as Easter Handicap Listed winner Ultra Vires and Increment.

Hadlow Stud have stallions Jam Alley, Call To Combat, Announce and Modus Vivendi ready to stand for the 2012 season.

Modus Vivendi’s service fee for 2012 is available on application.