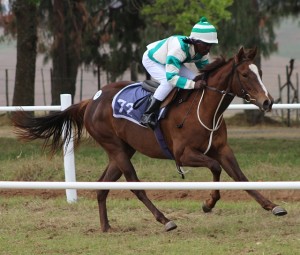 Bloodstock South Africa are proud to announce that the catalogue for the 2018 Ready To Run Sale is now online and can be viewed live at www.bsa.co.za

Traditionally one of South Africa’s most popular auctions, the Ready To Run Sale is due to take place this year at the TBA complex in Germiston on 4th of November, and will be held on the same day as the Johannesburg Mixed Sale.

The catalogue is made up of 111 well bred 2yos, and this strong looking sale looks sure to produce its share of high class runners!

The Ready To Run Sale has a long and proud of history of producing outstanding athletes, many of whom were acquired for very reasonable prices. Recent past graduates of this sale include former Horse Of The Year Igugu, as well as such graded stakes winning stars as Pierre Jourdan, Redcarpet Captain, Chestnuts And Pearls, Rich Girl, Tamaanee, and Dylan’s Promise.

Top sires represented at this year’s auction include all of Captain Al, Duke Of Marmalade, Dynasty, Elusive Fort, Gimmethegreenlight, Pomodoro, Querari, Silvano, Trippi, Var, Visionaire and What A Winter.

There are a large number of well bred lots on offer at the 2018 Ready To Run Sale notably:

Lot 17 –a Silvano colt out of G2 winner Surabi

Lot 20 –a Var colt out of Oaks winner Sweetie Pie

Lot 25 –a Silvano colt out of G2 winner Waywest Goddess

Lot 43 –a Visionaire filly out of G2 winner Bridal Paths

Lot 84 –a Visionaire filly out of Syringa Handicap winner Ithala

Lot 98 –a Var own sister to G1 filly Schiffer

Lot 108 –a Pomodoro filly out of stakes winner Pacific Breeze