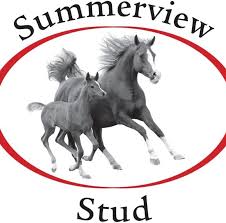 The Summerview Stud will be offering a pair of classy two-year-olds at the upcoming Emperors Palace National 2YO Sale, set to take place in Germiston on August 15th and 16th.

First of Summerview Stud’s two lots to come into the ring is Song Of Ice (Lot 162), a filly by deceased G1 Middle Park Stakes winner and prolific sire of winners, Crusade.

Further back, this is the family of champion filly Rock Star and G1 winning sprinter Ring-A-Pound.

The blue blooded G3 winning Galileo horse Flying The Flag (a full-brother to multiple G1 winners Rhododendron and Magical and a son of a multiple G1 winning daughter of Pivotal) is represented by his first crop son Let’s Go Fly (Lot 233).

The latter is out of a winning daughter of emerging broodmare sire Tiger Ridge, and his granddam is a Badger Land half-sister to G1 SA Nursery winner Duc Du Orleans and to G2 winner Count Du Barry.

This colt’s granddam is also a ¾ sister to the Badger Land mare Cousin Linda –the dam of 3 stakes winners notably Equus Champion and sire Rebel King.

This is also the family of G1 Summer Cup winner Liege, who, like Flying The Flag, was sired by a Sadler’s Wells line horse.