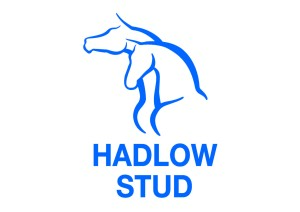 The Hadlow draft is made up of lots by the likes of Act Of War, Bezrin, Capetown Noir, Crusade, Elusive Fort, Flying The Flag, Mogok, Noble Tune, Pomodoro, Querari, The Apache and ill-fated Danehill horse Toreador.
The Snow War (Lot 17) is a colt from the first crop of Cape Guineas winner Act Of War and this colt is out of Scarlet Lady Handicap winner Winter Wish, while Cape Jubilee (Lot 39) is a filly by the very exciting Equus Champion Capetown Noir and she is out of a Kahal daughter of the aforementioned Winter Wish.

Vodacom Durban July winner Pomodoro has made an exceptional start to his stud career and that son of Jet Master is represented here by a colt (Lot 186) from the same female line as hugely influential champion sire Elusive Quality among others.

Another popular and increasingly successful sire represented in the Hadlow draft is Querari –he is the sire of a colt (Lot 42) whose granddam is a Fort Wood half-sister to Horse Of The Year and seven times champion sire Jet Master.
Ill-fated Middle Park Stakes winner Crusade has two in this draft –including a colt (Lot 12) out of a four time winning daughter of Jet Master, while underrated Danzig sire Bezrin has a three-parts sister (Lot 68) to Ibhayi Stakes winner All Ablaze on offer.
Hadlow’s resident sire and Equus Champion The Apache has a colt (Lot 210) out of a dual winning daughter of outstanding broodmare sire Dehere, with Galileo’s blue blooded son Flying The Flag’s first crop includes a colt (Lot 100) out of a ½ sister to G3 Champion Juvenile Cup winner Thunderflash.

Short-lived G1 sire Toreador has three in this draft –including a colt (Lot 76) out of the G3 placed Daintree Dancer and a half-brother (Lot 229) to Off To Stud Handicap winner Lady Of Kildare.
Other lots of interest include a Noble Tune filly (Lot 214) from the family of champion fillies Hoeberg, Petrava and Princess Victoria, and a Mogok colt (Lot 281) whose dam is a winning Jet Master half-sister to the dam of G3 winner Captain Chaos.
The 2019 KZN Yearling Sale will take place at the Sibaya Casino on July 4th and 5th and the catalogue can be viewed online at www.bsa.co.za.