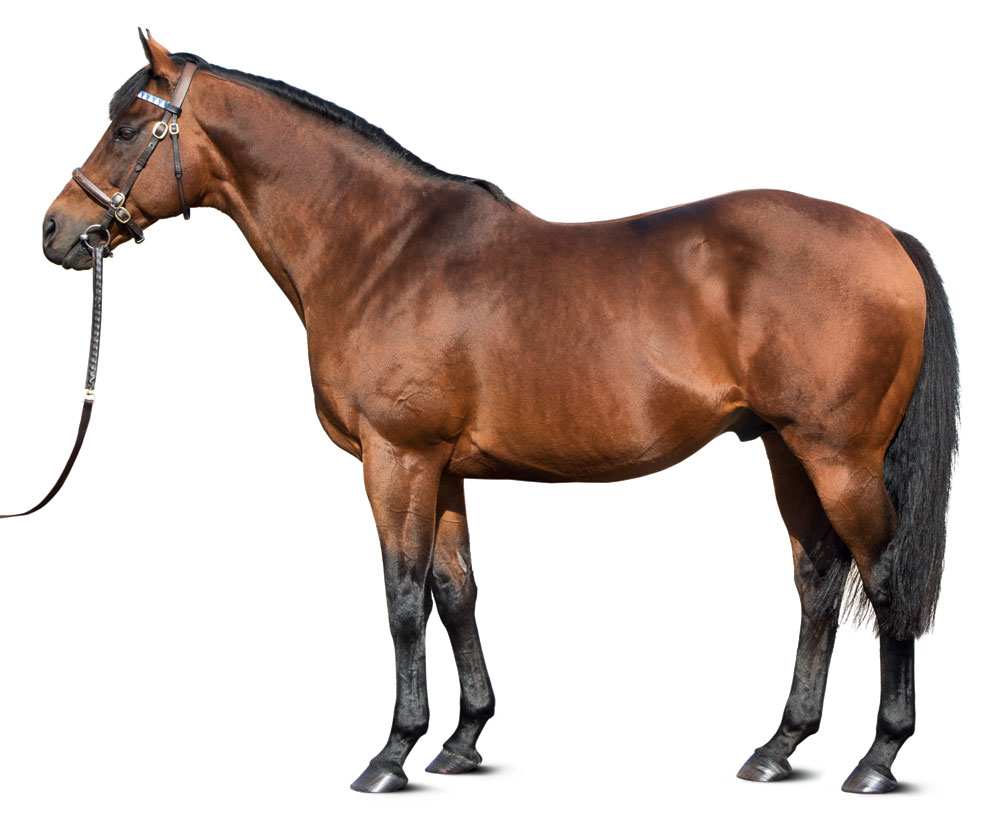 Darley’s outstanding stallion, Dubawi, second only to Galileo as Europe’s premier sire, has enjoyed yet another magnificent season in 2017, says Sarah Whitelaw for Sporting Post.

Dubawi is the sire of Summerhill’s handsome chestnut stallion, the only Gr1 winning horse at stud in the Southern Hemisphere – the Sean Tarry-trained Willow Magic. Willow Magic’s first foals have been arriving and they are stamped with his chestnut coat and white socks, but most impressively they are of a big size, including maiden mares.

The only Gr1 winner sired by ill-fated champion, Dubai Millennium, Dubawi enjoyed a notable Gr1 double this weekend, firstly with his son, Mubtaahij, picking up his maiden Gr1 victory when landing the Gr1 Awesome Again Stakes at Santa Anita on Saturday. Formerly with Mike de Kock, the now Bob Baffert domiciled Mubtaahij (a half-brother to local broodmare, Saint Mary) could give Dubawi a first Breeders’ Cup win when he lines up in the Breeders’ Cup Classic in November.

Dubawi also made it back to back wins in the Gr1 Prix Marcel Boussac, when daughter, Wild Illusion, won on Sunday. The race went to Dubawi’s daughter, Wuheida, 12 months ago. Wild Illusion had won easily first time out, before finishing third at her only previous outing, in the Gr3 Prix d’Aumale.

It is not the first French Gr1 won by Dubawi fillies in recent times, with his daughters, Left Hand and Bateel, lifting the 2016 and 2017 Prix Vermeille and Sobetsu landing the 2017 Prix Saint Alary. Dubawi’s success was carried further afield than Europe this weekend, with granddaughter, Bonneval, winning Australia’s Gr1 Underwood Stakes. Bonneval is a daughter of Dubawi’s classic winning son, Makfi.

Dubawi has enjoyed another remarkable year in 2017, with the triple Gr1 winner  represented by seven individual Gr1 winners this year.

The grandson of Seeking The Gold has also enjoyed plenty of success with his 2yos this year, with Wild Illusion joining Anna Nerium (Gr3 Dick Poole Stakes) and Glorious Journey (Gr3 Prix la Rochette), as group winning juveniles. His other promising 2yo winners this year include the regally bred pair, Emaraaty and Ghaiyyath.

One of the gaps on Dubawi’s impressive resume (he has more than 200 stakes horses to his name, including more than 30 Gr1 winners, and his runners have banked in excess of $150 000 000) are the English classics, as, with the exception of the 2000 Guineas – won by sons Makfi and Night Of Thunder – Dubawi is yet to strike a blow in England’s premier 3yo contests.

Despite his 3yo’s having yet to land a 2400m English classic, Dubawi’s older runners have enjoyed plenty of success over a mile and a half, having won such Gr1 2400m contests as the King George, Coronation Cup, Grand Prix de Saint-Cloud, Prix Vermeille and Canadian International.

Both Left Hand and Wuheida are out of mares by Singspiel, whose sire, In The Wings (Sadler’s Wells), is from the same family as Dubawi.

Inbreeding to Shirley Heights, whose son, Deploy, is damsire of Dubawi, has also proved very successful for Dubawi.

This pattern has produced four time Gr1 winner, Al Kazeem, the above mentioned Left Hand and Wuheida, Gr1 Premio Roma/Gr1 Jebel Hatta hero Hunter’s Light, Sobetsu, Gr1 British Champions Fillies & Mares Stakes victress, Journey, and Arabian Queen, who downed champion Golden Horn in the 2015 Gr1 Juddmonte International. Arabian Queen has a very interesting pedigree in her own right, as she is a direct descendant of Etoile de France, the ancestress of Dubawi himself.

Dubawi is well and truly established as the greatest descendant of Mr Prospector in Europe and he and his descendants look well set to continue to act as a foil for the abundance of Northern Dancer line mares the world over.

Willow Magic stands at Summerhill Stud this season for a fee of R12 000.