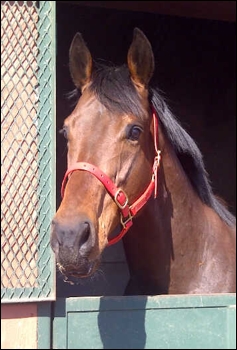 Bush Hill Stud and Spring Valley Stud, in conjunction with Klawervlei Stud, are excited to announce the arrival of Curved Ball to the KZN Stallion ranks. Curved Ball will stand at Bush Hill Stud for the 2012-13 season.

One of the best bred and best performed horses of his generation, Curved Ball will stand at a stud fee of R8,000 (R1,000 nom, R7,000 live foal). But with a specially discounted fee of R 1 000 nom and R 4 000 live foal for bookings made on or before the open day to introduce him on Friday 24th August. This looks terrific value when considering his exceptional ability and superb pedigree.

Like many top sires, Curved Ball was probably best over a mile, scoring his biggest victory in the G2 Dingaans. He met and defeated such top-class performers as Bulsara, Exhilaration, Smanjemanje, Club Victor and Galileo’s Galaxy .

Curved Ball is the only son of outstanding Australian stallion Fastnet Rock (Danehill) at stud in South Africa.

Fastnet Rock’s supremacy among a magnificent band of proven stallions in the 2011-12 racing season suggests he will carry on the dominance once displayed by his illustrious father Danehill in Australian racing and breeding for the next decade.

The Coolmore-owned star had wrapped up the stallions’ premiership halfway through the season, and continued to smash record after record, siring the winners of $12.7 million in prizemoney – a figure even Danehill could not achieve.

Fastnet Rock, who entered stud in 2005, finished with 130 individual winners of 231 races, and 16 of his progeny won 31 black-type races, including 10 at group 1 level by four separate runners

The most striking point to come from Fastnet Rock’s title is the class of stallions he bested. Champions such as Lonhro, Redoute’s Choice and More Than Ready

The stallion is one of the most pre-potent sires – his fertility rate is quite amazing. Last year he covered 213 broodmares in the Hunter Valley after having earlier served 150 mares at Coolmore’s Irish base.

Coolmore upped his service fee to $220,000 this season, but the price has not deterred the big breeder

HOOFNOTE: Fastnet Rock has eclipsed Danehill – “The Rock’s” tally of stakes winners from his first four crops is up to 33, one more than his champion father at the same stage of his career says John Halloway. 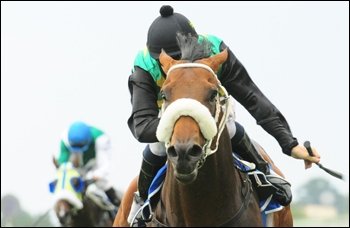 Fastnet Rock himself also has Sir Tristram and Twig Moss in his pedigree and it would appear from the results of his progeny to date that inbreeding to either of these lines has been very successful for Fastnet Rock.

Curved Ball’s dam Curvaceous was herself a winner over 1600m and other than Curved Ball she has produced the stakes winning Isopach (by Magic Albert) and the Gr1 placed filly Swissac (by Secret Savings). Interestingly if one looks down the family here we find another colt who has been successful in South Africa that being Dan De Lago a winner of the Gr 2 Natal Derby and 2nd in the Daily News, he being by Encosta de Lago out of the stakes winning Danehill mare The Golden Dane. Again highlighting the influence of Danehill in this family. When one adds the obvious affinity of Danehill to Mr Prospector line horses the opportunities for mating’s to Curved Ball are vast.

A big strong horse with loads of quality Curved Ball bears a striking resemblance to his very successful sire. Be sure to visit Bush Hill and view this new and exciting prospect and join us for lunch on Friday 24th August. He is owned by Klawervlei Stud and is further evidence of their commitment to breeding in Kwa-Zulu Natal and we thank them for their support.

View the pedigree of Curved Ball(AUS) at the following link, courtesy of sportingpost.co.za. 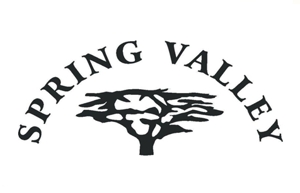