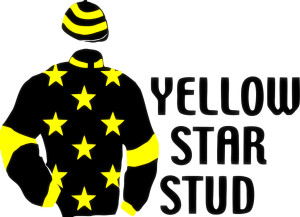 Koos and Lorraine De Klerk’s Yellow Star Stud will be doubly represented at the Emperors Palace Yearling Sale this year.

The Mooi River based farm will be offering two high quality colts by triple Equus Champion and rising star sire What A Winter. A four time G1 winning son of triple champion sire Western Winter, and from the same female line as Hyperion and Sir Tristram, What A Winter made an instant impression at stud, and was South Africa’s Champion First Crop Sire in 2016-2017.

High class racemare Maggie Kay, whose five wins included the G3 Magnolia Handicap, has already made her mark at stud as the dam of speedy Gardenia Stakes winner Queen Laurie and Yellow Star Stud will be offering a What A Winter half-brother (Lot 439) to Queen Laurie at the National Sale.

This colt’s second dam is a National Assembly half-sister to multiple G1 winner Ingleside and this is family of champions Dancing Danzig and Evening Mist.

What A Winter is also represented in this draft by a colt (Lot 465) out of a winning half-sister to millionaire and multiple graded stakes winner Kangaroo Jack, with this colt’s second dam being none other than G1 Garden Province Stakes runner up Rainbow Flag. Further back, this is the family of the July placed champion Dollar Fortune and Golden Slipper queen Gilded Minaret.

Yellow Star’s draft can be viewed live at www.bsa.co.za