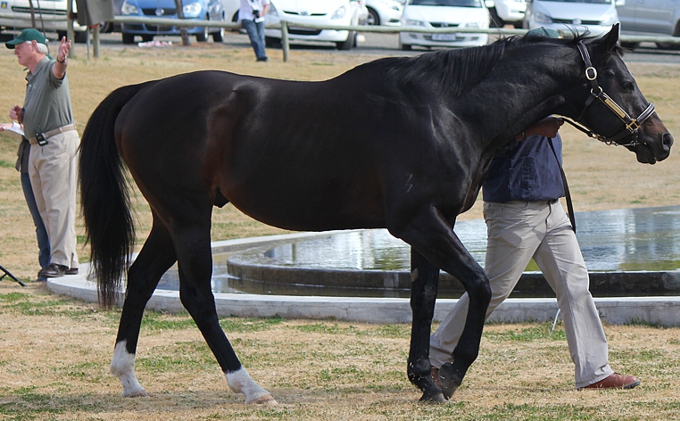 One of the most recent additions to the ranks of KZN stallions is the Group 3 winning stallion St Petersburg, who is based here in KZN at the nations champion racehorse breeders, Summerhill Stud. If one looks back through St Petersburgs pedigree, you will find it crammed with fascinating and enigmatic horses, demonstrating just what a jewel KZN breeding and racing has on its hands.

St Petersburgs sire Nureyev, was a successful Group 3 winner (Prix Thomas Bryan & Prix Djebel), but was more well known for being the only horse in English 2000 Guineas history to be disqualified. Injury put paid to a promising racing career, and Nureyev was sent to stud, where it was as a sire and later damsire that he was to achieve his greatest success. Nureyev seemed to have that rare ability to sire both brilliant sons and daughters, as was proved by the great Mieseque, multiple Group One winner, dam of Kingmambo, and granddam of KZN-based stallion Mieseque’s Approval; Sonic Lady, winner of the Irish 1000 Guineas, Coronation Stakes, Sussex Stakes, Child Stakes, Prix du Moulin, and the top-rated three-year-old filly in Europe 1986, Peintre Celebre, 1997 Arc winner and European Horse of the Year, Theatrical, the outstanding Breeders Cup Turf (1987) winner and successful sire of Media Puzzle (2002 Melbourne Cup winner) and damsire of Rail Link (2006 Prix de la’Arc de Triomphe winner).

As a damsire Nureyev has achieved even greater success, with champion Australian and New Zealand sire Zabeel, who has sired 148 Black type and 43 individual Group One winners in a glittering stud career. Zabeel has certainly paid homage to his great grandsire with the two of the best colts of the past two decades: the ill-fated Vengeance of Rain and the outstandingly versatile Australian Horse of the Year (1996) Octagonal. 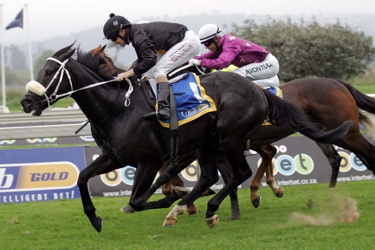 St Petersburg’s dam Miss Bold Appeal was a one-time winning daughter of the successful American sprinter Valid Appeal. A precocious and early 2 year, Valid Appeal managed an impressive 2nd in the Saratoga Special Stakes (Gr.2), a race which has been won by some of the most impressive horses of the 20th century, Whirlaway (1940), Native Dancer (1952) and Neartic (1956).

However it was as a sire (like Nureyev) that Valid Appeal would achieve greater success, with 86 Stakes winners and earnings of over $45 million. His class would be further confirmed through his sons Valid Expectations, who became the leading freshman sire by progeny earnings in 2001, and Valid Wagner a top ten second crop sire.

His dam Bold Appeal’s grandsire was the talented American champion racehorse and Grade 2 winning Bold Bidder, who went on to become a successful sire with Kentucky Derby winner Caronade (1974), US Hall of Fame inductee, Spectacular Bid, as well as being the damsire of the brilliant, but ill-fated champion American filly Landaluce. Bold Bidder’s sire was Bold Ruler, sire of the immortal Secretariat.

If you dig through St Petersburgs dams pedigree, you come to In Reality, a direct descendant of the great Man O’War, and top class middle-distance horse with multiple wins to his credit. In Reality achieved most of his fame for his 1967 Florida Derby victory, and gallant runner-up performance to Eclipse champion and multiple Group One winner and millionaire Damascus in the Preakness in the same year. In Reality went on to become a successful sire with: Desert Vixen, and American Hall of Fame filly, Smile the 1986 Breeders’ Cup Sprint and Champion Sprint horse, who is also the damsire of the 2004 Kentucky Derby winner and champion racehorse, Smarty Jones. Like many of his forebears, In Reality become a successful dam sire with Toussaud, a Group One and group winner, who was the dam of the champion sires Empire Maker and Chester House; and Meadow Star, named one of the best 2 year old fillies of the era, thanks to her multiple Group and Graded victories, including a Breeders Cup Juvenile Fillies victory in 1990.

On his sires Nureyev’s side Special, the one-time raced daughter of the champion and multiple Group One winning Argentinean stallion, Forli pops up. Not a lot has been written about this enigmatic Classic Argentinean champion, which is quite amazing, considering what he achieved against all the odds to become a successful sire in North America.

The American market is generally wary of stallions with foreign pedigrees, preferring to invest in horses with proven affinities and track records, and Forli had a mountain to climb in this regard. He came in guns blazing though and blasted the American breeding and racing scene wide open, changing it forever – thankfully.

His greatest success was to be the sire of the multiple American champion sprinter Forego, who in turn went onto become the only horse to win Champion Older Male Horse of the Year for four consecutive years (1974-1977), along with 8 Eclipse awards, and was ranked as the 8th greatest horse of the 20th century by Bloodhorse in their influential top US Racehorses of the 20th century. Forli is also the great dam sire of one of the greatest mares (next to Ruffian) to grace racetracks in modern times, Zenyatta, winner of 13 Grade One races in a glittering 19 victories career.

Even though he stood privately before coming to South Africa earlier this year, St Petersburg has produced several impressive progeny from his Australasian crops. Two of his best to date are the colts: Solzhenitsyn (named after the famous Russian activist Alexander Solzhenitsyn), and a 12-time winner, including the Group One Toorak Stakes; and Barlinnie, a 9 time winner with the Sunshine Coast Cup (Listed) and the Queensland Tatt’s RC Centenary Classic Mile (Gr.2) to his credit. St Petersberg has also had success with winners in Macau with St Peters Gift (6 wins) and Fantasticprivilege (8 wins), both of whom have won or placed in several Listed and Stakes races, and who are highly regarded in their respective countries.

St Petersburg is one of the “new kids on the block” in in stallion terms in this country, being a bit of an unknown quantity. However he has already tasted success in South Africa with Blushing Peter, who has placed eight times including 3rd in the Gr 3 Protea Stakes and a creditable 4th in the Gr 1 SA Nursery, against the top class international Group One winner Soft Falling Rain; and Peter Culture, a three-time winner for Robbie Hill.

If the exploits of Solzhenitsyn, and St Petersburg’s illustrious forebears are anything to go by, it won’t be long before KZN and the rest of South Africa see the first Group and Group One winners of this exciting and talented stallion.