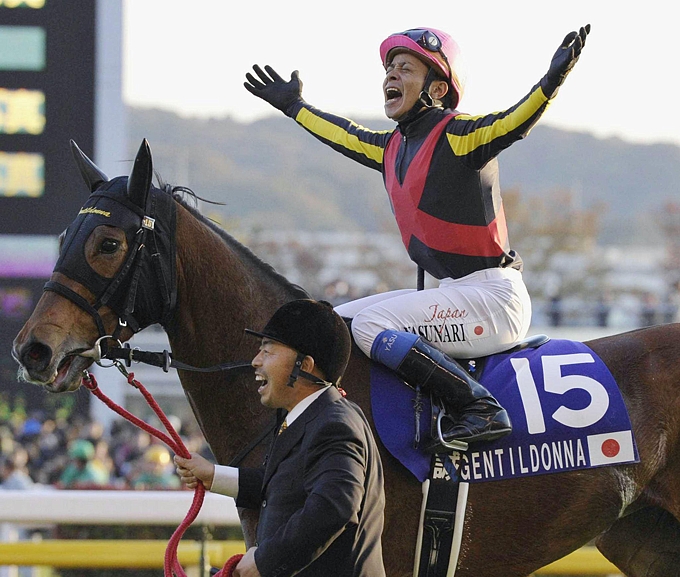 The recent retirement of one of Japan’s greatest racemares of the modern age, Gentildonna has once again thrust the Sunday Silence tribe into the spotlight, as talk now turns to who she will be mated to. Gentildonna was primarily a stayer, and one wonders if that will be taken into consideration when choosing a mate for the star mare.

Gentildonna’s sire Deep Impact is fast overtaking his own great sire Sunday Silence as one of the most influential sires of the modern Japanese era. There is not much left to say about Sunday Silence that hasn’t already been said, his impact on breeding and racing has been so profound and lasting, that he is revered and spoken of like a god in Japan.

Born and raced in America, Sunday Silence is famous for his ongoing rivalry with Easy Goer whom he defeated in the Derby and Preakness, but who beat him by eight lengths in the Belmont – both were later inducted into the American Hall Of Fame. Despite his many Group One wins in America, when it came time for Sunday Silence to hit the breeding shed, little interest was shown in this son of Halo by American breeders, and he was bought by the Japanese and exported to stand there.

To this day there are breeders in America who rue the decision to export Sunday Silence to Japan, and one wonders how different Japan’s breeding and racing landscape would have looked if he hadn’t stood there. It is likely that they wouldn’t have enjoyed the same success they have- he was their leading sire thirteen times.

Sunday Silences sons at stud have certainly carried on his legacy with great success:, Stay Gold sired Orfevre, Japanese Horse of the Year in 2012 (winner of their Triple Crown in 2011) and the Prix Foy in 2012 and 2013, he missed out on victory in the 2013 Prix de la Arc de Triomphe when beaten by super filly Treve; Heart’s Cry who sired the Longines top ranked horse Just A Way and the ill-fated Admire Rakti. If you look at the Japanese sires list, six out of their top ten best sires are sons of Sunday Silence, an incredible achievement for a horse that the Americans overlooked as being not good enough.

Undoubtedly Sunday Silence’s best son at stud is Deep Impact, who hails from an established classic European family; his Dam Wind In Her Hair was herself a Group One winner, who hailed from a great classic family, her dam Burghclere was a three-quarters sister to the top class filly Height Of Fashion, sold by Queen Elizabeth II to Sheik Hamdan, and who went onto become a Blue Hen mare and dam of the successful Shadwell stallions; Epsom Derby winner Nashwan, leading sire Unfuwain and multiple Group One winner Nayef.

As demonstrated by his daughter Gentildonna, Deep Impact brings a potent mixture of classic and staying ability to the table, something which seems to be a trademark of Sunday Silence and his progeny.

A striking and handsome chestnut with a prominent white blaze and commanding presence, Admire Main was winner of a Weight-For-Age Listed (1800m), Gr. 3 (Mainichi Hai (1900m), Aoba Sho (Japan Derby Trial) (Gr 2) (2400m), and earned over $2 million in earnings from his racing career. 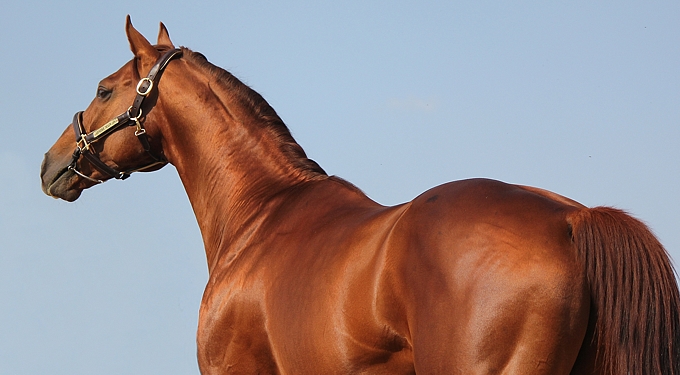 Sent to stud in Japan, he produced a small (17) but successful crop of horses, including the 15-time winner Kohaku Fairy, as well as six-time winners’ Mio Charleston and Ripe Main.

Admire Main has gotten off to a good start as a sire here in South Africa, producing the top class filly out of the Elliodor mare Surfer’s Eye, Admiral’s Eye, who to date, won six times and placed ten times, including two places in the Group One Thekweni Stakes and Golden Slipper, as well as a recent place in the Group Three Flamboyant Stakes.

It’s not only the girls who have been the star for him, he has the exciting and extremely talented Piemonte Stud bred colt, Kalamain making a name for himself at the track as well, a three-time winner from six starts, he has won three (over 1600m), and like his sire is showing that famous staying ability the Sunday Silence tribe is renowned for.

Although it’s still early in his stud career, Admire Main is showing that the great Sunday Silence bloodline is being well perpetuated here in this province, and if he is anything like his sire, KZN will have much to look forward to in the future!