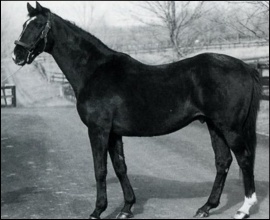 Born in 1969 in Kentucky and bred by John R. Gaines, founder of the Breeders Cup, he was purchased by Charles W. Engelhard Jr., the owner of the great Nijinsky II.

Halo was by Hail To Reason out of the mare Cosmah (who was the Kentucky Broodmare of the Year in 1974), which made him a half-brother to the Hall of Fame filly Tosmah. Cosmah was the third dam of Our Casey’s Boy who at one time stood at Somerset Stud in the KZN Midlands.

After having little success at age two racing on dirt tracks, in his three-year-old campaign his trainer MacKenzie Miller switched him to racing on turf which was found to be his niche.

Halo raced for four years and in 1974, at age five, won the Grade I United Nations Handicap. He achieved nine wins from 31 starts and earned over a quarter of a million dollars.

Halo nearly went to stud in England but, fortunately for American breeding, he was discovered to have a vice, considered by many to be detrimental to a horses’ health. He was a crib-biter and for this reason he was rejected.

Halo originally entered stud in 1975 at Windfields in Maryland where his first crop yielded Glorious Song, the Canadian Horse of the Year and dam of South African based sire, for a time in KZN at Aldora Stud – Rakeen, who of course is the sire of the late and great Multiple Champion Stallion Jet Master.

In 1984, Texas oilman Tom Tatham purchased 25 of the 40 shares in Halo’s syndicate and moved the stallion to Kentucky to stand at Stone Farm.

Halo sired Sunday Silence, the defining horse who has continued his legacy. Sunday Silence was exported to Japan and has become the top sire in history in that country. Summerhill Stud have the only of son of Sunday Silence on the African continent, a beautiful chestnut called Admire Main(JPN).

Halo spent most of his career at Stone Farm and produced a number of champions, amongst them Devil’s Bag – who happens to be a full brother to Glorious Song and Sunny’s Halo – winner of the 1983 Kentucky Derby.

Halo sired seven champions and 62 stakes winners, and led the leading sire list twice. Standout runners sired by Halo included Goodbye Halo, who counted the Kentucky Oaks among her seven Gr 1 victories, Strodes Creek, who was second in the 1994 Kentucky Derby and third in the Belmont Stakes Gr 1, and millionaire Lively One, whose long list of accomplishments included the Swaps Stakes Gr 1. Halo’s progeny earned over $44 million on the racetrack and have netted far more in the breeding shed.

Halo became a Sire-Of-Sires which besides Sunday Silence, included Saint Ballado and Southern Halo who died aged 26 after a very successful career at stud in Argentina – being a leading sire for eight years.

As a broodmare sire, Halo is equally sensational, with daughters or granddaughters producing champions Victory Gallop, another formidable Sire-Of-Sires and Broodmare Sire Machiavellian, Singspiel, and Coup de Genie; classic winners Fusaichi Pegasus (with whom Brave Tin Soldier shares a dam-line) and Pine Bluff; and sires such as Singspiel, Rahy, Rakeen (all out of Glorius Song) and Silver Ghost.

In KZN, Halo’s influence continues through the likes of the aforementioned Admire Main, Bankable, Brave Tin Soldier, Kahal – consistently one of the top five stallions on the National Sires Log for the past few years, Mullin’s Bay and of course the only son of Jet Master in KZN, Ravishing. A common denominator amongst all these stallions mentioned is that they all reside at Seven-time Champion Breeders Summerhill Stud! The other is the current KZN Breeders Award Champion Stallion, the sire of The Apache and Gypsy’s Warning, the beautifully bred Mogok – standing at Scott Brothers’ Highdown Stud. 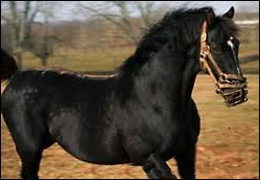 Unfortunately Halo also developed a reputation for being a highly aggressive stallion, who frequently wore a muzzle after attacking a few of his grooms. His anger was not only taken out on his handlers (which after some research seemed to stem from being handled by an abusive groom with a rake during his racing career) and he was allegedly known to kill birds too, found drowned in his waterbucket.

Interestingly, Halo was by Hail To Reason who happens to be the sire of Roberto, a stallion which also had a reputation for being aggressive and unco-operative.