Meeting Kildonan (named for a Scottish gold mine) to take some photos of him, he was a complete gentleman and watching him run loose in his paddock, it was a wonderful moment when Kildonan came forward and offered his forehead for a scratch and a rub, thoroughly enjoying the attention he was receiving.

Standing 16.1, he is a horse with a very handsome head and a lovely eye, you can’t help but like him. Bred and consigned by Wilgerbosdrift Stud, he sold for R360 000 at the 2005 Caesars National Yearling Sale. The first thing that strikes you about him is his walk, a big striding horse, he places his backlegs deep underneath him – showing the massive amount of galloping power and propulsion he has, along with equally impressive hindquarters that are muscular and beautifully conformed. 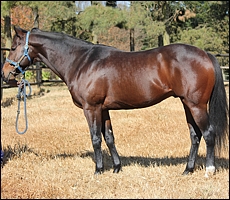 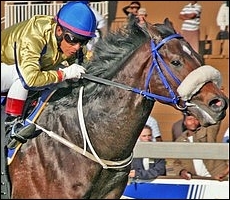 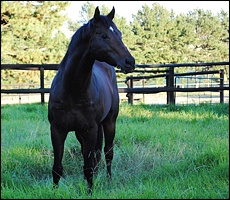 A racehorse with a deeply competitive spirit and obvious ‘big match temperament’ to achieve what he did which can be seen in his impressive debut at Scottsville. In the 2007 Grade 1 Golden Horse Sprint he set a track record that has yet to be broken, even by the international speedster JJ The Jet Plane. Kildonan set a record time of 67.00, with JJ The Jet Plane winning the same race in 2008 in a time of 67.62.

Trained by Mike de Kock, Kildonan was unbeaten in his first three starts at age 2, and went on to win five races in total. Kildonan raced in top company from distances of 1200 – 1600 metres from age 2 to 3, and he earned R878 994 in stakes, with a merit rating of 115. His wins include the Graham Beck Stakes Grade 3, and placing second in his last career start in South Africa, the Champions Cup Grade 1 by just 0.75 of a length behind African Appeal. Kildonan placed third in the Gold Challenge Grade 1 to Successful Bidder. Kildonan was voted Equus Champion Two Year old colt of his year.

Mike de Kock obviously didn’t take Kildonan’s talent for granted and sent him to Dubai. Sadly Kildonan injured himself in training and never got to compete where he would have no doubt been a strong contender. He was sent back home to his birthplace, Wilgerbosdrift to begin his breeding career in 2009. 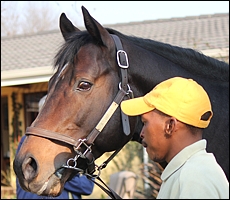 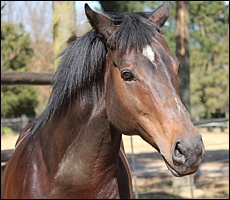 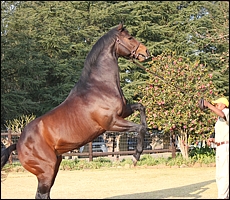 By Rich Man’s Gold(USA) (by Forty Niner – Honest Joy by Honest Pleasure) an imposing chestnut stallion that was imported to stand at Wilgerbosdrift in 2001 after being sent to stud in Chile in 1996. He was Champion Freshman Sire and proved himself to be a Sire-Of-Sires and of champions. Unfortunately Rich Man’s Gold died prematurely in his South African stud career, producing just five crops of foals.

Rich Man’s Gold’s standout son has to be Lido Palace who raced in Chile, Japan, Dubai and America with a total record of 23 starts, 11 wins of which an incredible nine are Graded Stakes wins (including the Woodward Grade 1 twice in the USA), 9 placings all being in Graded Stakes company, amassing $2,705 865 in stakes earned and achieving Horse-Of-The-Year in Chile, all this from the ages of two to five. 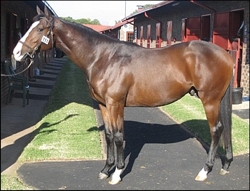 Lido Palace retired to stud and he has sired Vineyard Haven, a three-time Grade 1 winner who sold to Goldolphin for a reported $12 million, retired the end of November last year to go to stud himself in the USA. Lido Palace initially stood in Florida, moving to Pennsylvania before being exported to Peru to stand the 2012 breeding season.

Kildonan’s dam is Cathay Firth. She has had five wins including the Umzimkhulu Handicap Grade 3 and the Clairwood Park Debutante (Listed). She also placed in three races including two Listed events and the Poinsettia Stakes Grade 3. To date she has produced an incredible record of six runners and six winners. 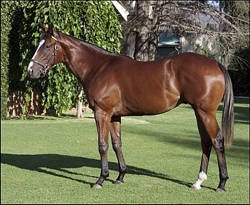 The dam-line continues to include 6-time winner Three Kings, Cape Derby Grade 1 winner Shah’s Star, Hot Corn – the ARCSA Champion Sprinting filly in 1980 with 12 wins as well as sire Rain Forest, ARCSA Champion three year old Miler in 1982, Soda Fountain and another sire, Justerini, these are all just to name but a few in this wonderful pedigree.

Michael Holmes Bloodstock held their recent Cape Winter Sale on 5 August, and saw two colts sold by Kildonan, both consigned by Wilgerbosdrift, the first being Pula sold for R120 000 and the other Paulo for R100 000.

Kildonan will be covering his first KZN season this year and stands for a fee of R10 000 live foal. View more about Kildonan and his racing career, as well as at Yellow Star Stud on You-tube.

Click on the link below to match your mare’s pedigree to Kildonan: