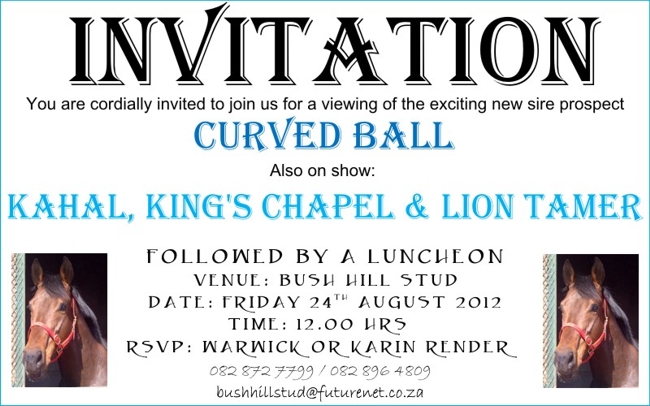 Bush Hill Stud will be holding their annual stallion day on Friday 24 August at 12pm. Stallions on view will be
Curved Ball(AUS), Kahal(GB), King’s Chapel(AUS) and Lion Tamer (from Avalon Stud). 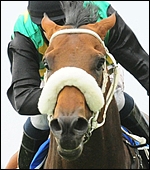 Curved Ball joins Bush Hill Stud for his debut breeding season. A son of Australian sire sensation Fastnet Rock (service fee this season $220 000), Curved Ball had three wins and three places from just seven starts – winning the Dingaans Gr 2 and Sea Cottage Stakes Listed, as well as placing in the Tony Ruffel Stakes Gr 3. He finished just three lengths off Shades Of Indigo in the Betting World Merchants Gr 2. In the Dingaans he defeated the likes of Galileo’s Galaxy, Smanjemanje, Bulsara and Galanthus at even weights. He has a lovely pedigree, out of Zabeel mare Curvaceous who in turn is out of a Twig Moss/Biscay mare.

There are several Bold Black Types in his pedigree – starting with his two half-siblings Isopach and Sissac. Under the second dam we find 5-time winner Grout, winner of the Gr 1 Sires Produce Stakes and Champion New Zealand Two Year Old, as well as First Touch who placed in the Gr 1 Singapore Sprint Cup. Under the third dam Twiggy Kima there is Listed winner Pleasant Prince, and the fourth dam we see a familiar horse in Dan De Lago – Winner of the Gr 2 Natal Derby and second in the Gr 1 Daily News 2000, as well as Centro, a sire in New Zealand and Subzero – winner of the Gr 1 Melbourne Cup amongst many more in this pedigree. Curved Ball will stand at a stud fee of R8,000 (R1,000 nom, R7,000 live foal). But with a specially discounted fee of R 1 000 nom and R 4 000 live foal for bookings made on or before Bush Hill’s Stallion Day to introduce him on Friday 24th August. 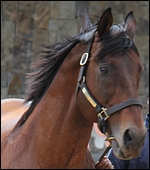 KZN’s Champion Sire and a regular on the National Top 5 Sires Log for the past few years, Kahal(GB), owned by Shadwell Stud, has been relocated to Bush Hill Stud. A stallion that should need little introduction, he is the most successful son of Machiavellian to stand in South Africa, out of Just A Mirage by Green Desert (who was pensioned from stud duty last year).

He is the sire of recent Gr 1 Vodacom Durban July placed Smanjemanje and Gr 2 Drill Hall Stakes winner Tales Of Bravery, as well as Bush Hill’s versatile gelding on turf and sand, Gr 2 Emerald Cup winner, The Mouseketeer. He is also the sire of Rathmor’s unusual white colt born last year, Gran Blanco. His Grade 1 winners include Noble Heir, Bold Ellinore, Desert Links and Spiced Gold and Chocolicious and he has many more that achieved Stakes Winners’ status.

His top-priced yearling to date has been 5-time winner Uncle Tommy, who sold at the 2009 National Yearling Sales for R2,4 million and it was encouraging to see he had the biggest representation at this year’s National Yearling Sale. Top mares Look Sharp (at Bush Hill Stud – dam of The Mouseketeer) and Gypsy Queen, (at Rathmor Stud – dam of Gypy’s Warning) are due to foal to him this year. Kahal stands for a fee of R40 000 this season (R5000 nom + R35 000 live foal) – an impressive service fee considering the stallions he is surrounded by in the Top 5 National Sires Log all exceed R100 000+. 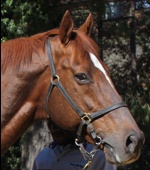 King’s Chapel(AUS) is expecting his first crop of foals this season. The son of King Of Kings(IRE) out of Lower Chapel by Sharpo impressed breeders last year at the Bush Hill Stallion Day with his size, good looks and gentle temperament.

A proven racehorse and sire in New Zealand who achieved Horse-Of-The-Year at Three years of age as well as Champion Three Year Old and Sprinter Miler, he stood his first season at stud in New Zealand in 2005. With just three crops to race, he has produced Stakes Winners such as King’s Ransom and Princess Emmy, with Stakes Placed horses Lady Chapel and Star Of Kings.

A stallion that was enthusiastically supported with good mares in his first South African season including Sweet Sheila – dam of two Gr 1 winners Stellite and Zirconeum; as well as Lee Danzig – the dam of Reign As Kings (by King Of Kings), his first foals are eagerly anticipated by the breeders. King’s Chapel stands for a fee of R15 000 live foal this season. 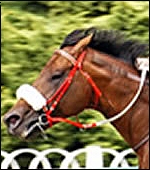 Lion Tamer will be visiting from Avalon Stud for the day. The son of Western Winter out of Comic Blush mare, Blushing Dove, he has already had his first winner from his first crop to race; Lady de Winter.

With just nine horses to race from his first crop to date, Lady de Winter has won once and placed twice from four starts – a horse that was passed through the 2011 KZN Yearling Sales ring as unsold. Horses that have placed to date include Mighty Lion, Olivealice, Smitten and Tappin’ The Stars twice – proof that more than half of his first runners have won or placed.

Lion Tamer is a six-time winner and ran second in the Gr 2 Greyville 1900, Gr 1 J&B Met, Gr 1 Summer Cup and Gr 2 Emerald Cup – showing what a versatile sort he is – from ages 3 – 5. He descends from the female line of Black Rod, The Badger and La Deportista. He stands for a fee of R5 000 live foal this season.

Bush Hill Stud offers incentives to mare-owners who achieve a “20/20” stallion match on G1 Goldmine pedigree software, with the exception of Kahal(GB). Click on the photos of the stallions on this page to check if your mare is the perfect match for one of their stallions.