The KZN Million Mile forms part of the Triple Million Challenge implemented by the KZN Breeders. This race is open exclusively to horses registered with the KZN Breeders’ Club for the Breeders’ Premium Scheme.

The Mouseketeer, bred by Bush Hill Stud, won this race last year and has been entered to attempt the Million Mile. He went on to win the Gr 3 August Stakes on sand last year, shortly thereafter taking home the victory in the Gr 2 Emerald Cup on sand – Africa’s richest race on sand – proving The Mouseketeer’s versatility over a turf and dirt. Interestingly, he has a half-sister by Miesque’s Approval coming up at the Suncoast KZN Yearling Sale 5 and 6 July. 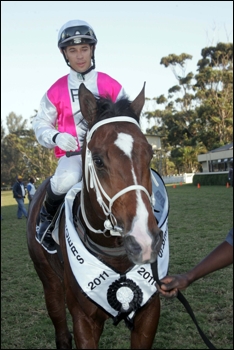 King Of Kings, who lead the National Log as Leading Sire of Two Year Olds, is well represented with King’s Entourage, Miss Zummerudd, Baracah and Shahruhk. Kings Entourage out of Lite Spark by Sportsworld is bred by Somerset Stud. He was a R350 000 yearling from the 2009 Emperors Palace National Yearling Sale and he has produced six wins and three places, earning R381 275.

Baracah was recently scratched from the Vodacom Durban July. Out of Hello Dolly by Caesour, a half brother to Goat, bred by Keivan Stud. Merit rating of 93. Ran on Saturday. Baracah has a half-sister by Miesque’s Approval at the upcoming 2012 Suncoast KZN Yearling Sale, unnamed Lot 7 from Keivan Stud. Baracah sold for R190 000 at the 2010 Emperors Palace National Yearling Sale. Baracah has had 1 win and two places.

Shahruhk out of Miss Andrea, bred by Bush Hill Stud, is a two time winner and placed four times to date.

Joshua’s Crown by Joshua Dancer out of What A Promise by Severini is bred by Mrs N M Raw, with a Merit rating of 94. He has had 2 wins earning himself R121 433 and placing 3 times. Joshuas Crown has won over 1600m at Scottsville.

Kahal has the likes of The Mouseketeer, Black Wing, Checcetti, Acapella, Top Talent and Silent Call. Checcetti out of Dancer’s Choice by Royal Prerogative, is bred by Summerhill Stud. A R320 000 Ready-To-Run (2009) sales graduate, she has had four wins and ten places earning R395 400. Her wins include the Gr 3 Jacaranda Handicap over 1800m at the end of March this year. She has placed in three Group Handicaps prior.

Silent Call has won twice and placed nine times, her last start she ran third to Sunningdale over 2000m. She has placed second previously to Happy Archer over 1600m in the Thekweni Stakes Gr 1.

Black Wing, bred by Summerhill Stud, is out of Fly Away Home by Rambo Dancer, has had five wins and three places to date and earned R311 880. He has placed in the Gr 1 Daily News 2000, just a length off another KZN-bred The Apache. He won his last start at the beginning of May, the Pinnacle Stakes over 1600m by three quarters of a length from Shimmering Flame at Kenilworth.

Miesque’s Approval who recently produced a Gr 3 winner in Eton Square, has Backworth Stud’s Sugar Rush and Rocky Bay, bred by Scott Bros represented. Sugar Rush has had just three starts; placing in the first two and winning her last start over 1600m by 2.5 lengths. She is a half-sister to Meet At Mala Mala. Rocky Bay has won twice, once over 1400m, and placed three times.

An interesting submission by Mike de Kock has been Paradise Square, a half-sister to The Apache by Cataloochee, bred by Scott Bros, is also producing his fair share of winners lately.

Mr and Mrs Bruce le Roux have the son of Requiem, Silver Age and Miss Zummerudd by King Of Kings. Silver Age won the Gr 2 Umkhomazi Stakes in May, and placed third in the Godolphin Barb Stakes Gr 3. 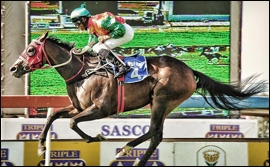 Las Ramblas by Toreador out of Silent Kiss(NZ) by Maroof, bred by GEJ van der Merwe. She is a 4-time winner and has placed 11 times including a second S A Fillies Classic Grade 1 and the Gold Circle Oaks Grade 2. She was voted KZN Breeders’ Outstanding Three Year Old Filly last year.

Coffee Sheik, bred by Miss AC Riddle is by The Sheik out of a mare called Charlie. He has won five times and placed eight times and he has only been out of the placings twice from all his starts. He has only competed over 1200m to date.

Penhaligon by Daylami out of Victoria Bay by Coastal is bred by Yellow Star Stud. Penhaligon has had 12 starts, winning his last two over distances of 2000 – 2400m. A three time winner to date, he has placed five times. 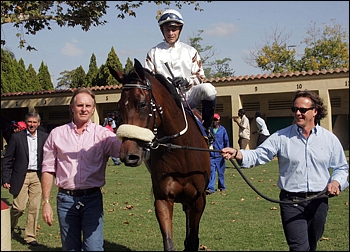 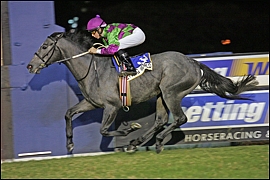