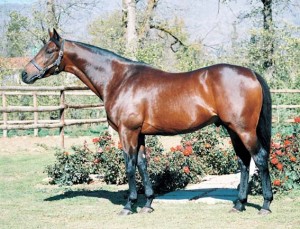 A 19 year old stallion, Kabool hailed from one of the greatest families in the modern day stud book. His dam, the winning Shareef Dancer mare Sheroog, was a full-sister to G2 winner Colorado Dancer (dam of champion and Dubai World Cup winner Dubai Millennium, himself sire of current leading sire Dubawi).

Sheroog’s second dam is the mighty Fall Aspen – dam of nine stakes winners, of which four were Grade/Group One winners.

Kabool was a top-class racehorse, who achieved a rating of 119 by Timeform, who described him as “attractive horse: smart performer”. Racing in France, Hong Kong, Ireland and the UK from two to five, Kabool won his only outing at two, when successful over 1400m.

He won his first three outings as 3yo, culminating in a Group 2 victory in the Prix Guillaume D’Ornano, where Kabool accounted for, amongst others, former Champion 2YO Colt Xaar.

Kabool put up a number of good performances as a 4yo, notably when second to subsequent Champion Sire Dansili in the Group 3 Prix Messidor, and he also ran third in the Group 1 Champion Stakes, where he accounted for the likes of Greek Dance, Golden Snake and Epsom Derby winner High-Rise.

Kabool was also successful as a 5yo, winning the Group 2 Prix du Rond Point-Casino la Rochelle Barriere on Arc weekend. 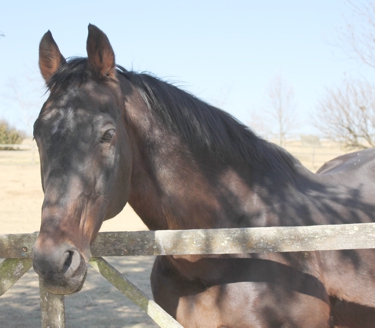 Icelander stood at Yellow Star Stud before passing away on Thursday at the ripe old age of 28. He had covered one mare at Yellow Star last season, and managed to get Fort Victoria into foal.

By Kris out of a Graustark/Swaps mare, Icelander was bred by Sheikh Mohammed Bin Rashid Al Maktoum and won all three of his career starts (two in England and one in South African) over distances of 2000 – 2400m.

Icelander has had three runs from his two year old son Straw Man (out of Carina by Bushman Land) for breeders and owners Yellow Star Stud and trainer Chris Erasmus – the colt has placed three times from only four starts.

Icelander is the broodmare sire of Jet Explorer, winner of the Betting World 1900 Gr 2 out of four of his wins, and placing 14 times in exclusive company. Yellow Star reports that the last of Icelander’s progeny – Mr Iceman and Leah – will be running in the next month or two.