Strategic News(AUS) will be standing his third season at Rathmor Stud this year. The imposing chestnut stallion is the only son of Strategic and grandson of Grand Lodge standing at stud in South Africa, having his first crop of weanlings on the ground.

Strategic News won a total of five times in South Africa and Dubai over distances of 1600m to 2000m and placed five times. At three he placed in the Grade 3 Jubilee Handicap and went onto win the Grade 1 Steinhoff Summer Cup over 2000 metres by almost three lengths under the care of trainer Dylan Cunha, who bought Strategic News from the Magic Millions Yearling Sale in Australia. Strategic News was sent into training with Herman Brown Jnr and exported to Dubai, where he went on to win the Dubal Casthouse Handicap on turf, at Nad Al Sheba in Dubai, over 1600 metres by a length and half. A month later, again in Dubai at Nad Al Sheba, over turf (2000m) he ran second by a nose to Pompeyano(IRE).

Mike McHardy of Rathmor Stud describes the stallion as being very big (he stands at 16.2hh) and well-natured. “He is a well put-together, big and athletic individual. He is very correct. He is passing these qualities onto his foals which are substantial, well conformed and well grown weanlings. I am very impressed with the individuals. He had a small book of top quality mares that are both well-bred and well-performed.” 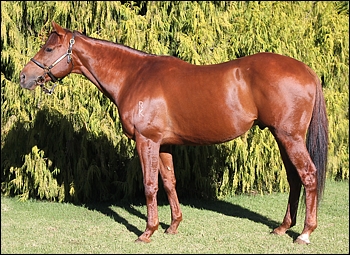 Strategic himself had 18 starts, seven wins and six places, four of those wins being Grades 1, 2 and 3. He currently stands at Darley Australia, who describe Strategic as an “All-Australian powerhouse, who passes on speed and strength.”

His current progeny include Grade 2 winner Upbeat and Grade 3 winning fillies’ Platelet and Valerio. Strategic stands for a fee of $8,800 and was voted Champion Freshman Sire.

The dam of Strategic News, Sensous, changed hands in 2008 for $270 000 at the Magic Millions Broodmare Select Session. She is by Grand Lodge out of Australian mare Montessori by Marauding, in turn out of a Lomond/Pitskelly mare.

She is a half-sister to two Bold Black Type winners in Australia; with De France (Grade 2 winner of the Pago Pago Stakes over 1200m) and a full sibling to De France named Whistler, winner of the Grade 3 Fernhill Handicap. Sensuous has a full-brother who won in Australia over 1600m. Strategic News was her first foal.

Broodmare-sire Grand Lodge was rated Europe’s leading Two Year Old in 1993. He won two Group One races; the Dewhurst Stakes and St James Palace Stakes. He was retired to Coolmore Stud and shuttled extensively between Ireland, England and Australia. At the time of his death in 2004, his service fee had been set at 50 000 Euros.

A Sire-Of-Sires, Grand Lodge is probably best remembered for his son Sinndar – the only horse to have won the English Derby, Irish Derby and the Arc de’ Triomphe in the same year. Sinndar has got off to an excellent start at stud, producing 23 Stakes winners from his first two French crops and two Classic winners. 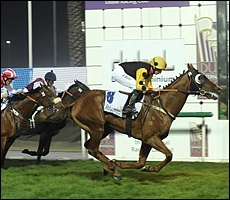 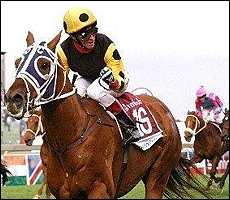 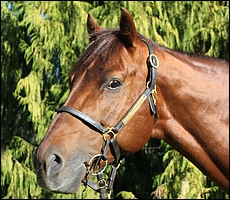 Rathmor Stud have bred the likes of American Grade 1 winner Gypsy’s Warning as well as Wendywood, Surabi and Malteme.