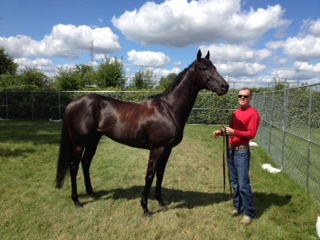 KZN racing sees one of its brightest sons, The Apache take on some of the best in the Group One Arlington Million in Chicago, USA. Already a multiple Group One and Group winner in South Africa, The Apache further entrenched his class with a scintillating win the in the Group 2 Al Rashidya (Gr.2) during the Dubai Carnival, and a well-deserved second in the $5 million Dubai Duty Free on World Cup night, where he beat one of the main protagonists in the Arlington Million, Little Mike.

Besides the favourite, Little Mike, who is looking for a victory in an otherwise winless 2013 so far, The Apache will be up against a quality field: including Grandeur, winner of three Graded Stakes races, and two Group races Twilight Derby (Gr.1) and Hollywood Turf Cup (Gr.2), the Godolphin entry Hunters Light, winner of the Group One Al Maktoum challenge during the Dubai Carnival, and the interesting Indy Point, who has become a standout in his adopted country of Argentina. The majority of the field for the Arlington Million have raced outside of America for most of their careers, and it will interesting to see how they adapt to the conditions in their home country. According to reports in the American press, there is serious respect for Mike de Kock’s entry, and he is rated “formidable presence for one of the sport’s top international trainers”, according to Thoroughbred News. 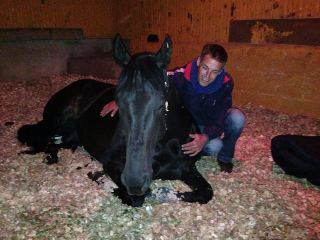 The race was first inaugurated in 1981 by Joe Joyce, who was president of Arlington Park at the time. The winner receives 60% of the million dollar purse, and in 1983 the race was given Grade 1 status thanks to the quality of its field of runners. One of Mile’s most famous winners was the gelding John Henry, twice Eclipse Horse of the Year in 1981 and 1984, who earned nearly $7 million in winnings during a stellar career on the track, with multiple Group victories to his name.

It wasn’t just his many victories though that brought John Henry fame, it was his renowned temper, and even a gelding didn’t dull his fiery nature. In spite of his less than gentle demeanour, he was ranked number 23 in the list of greatest thoroughbreds of the 20th century. Over the years, the race has seen many famous winners including Cape Blanco, Gio Ponti, and South African sire sensation, Silvano.

One thing is certain, the KZN-bred son of Mogok will race his heart out come Saturday, and the whole of KZN will be holding its breath for our “home boy” to bring further glory to a province already bursting at the seams with world class stallions and racing stars.