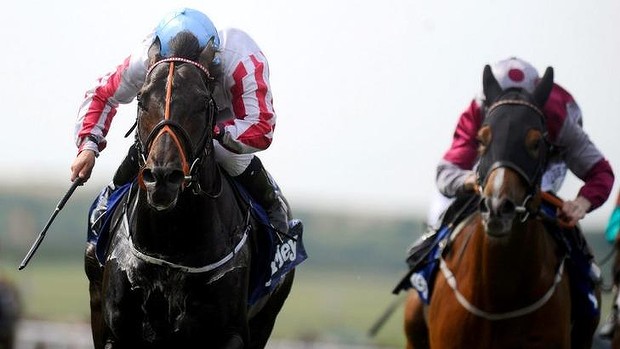 The announcement in European Bloodstock News might have been missed by many, but it reinforced just why KZN stallions are such force to be reckoned with, both locally and internationally.

The release of the rankings for Cartier Sprinter Of The Year shows the two-time Group One and Group winner Slade Power in a dual for first place with the 7 year old sprinting star Sole Power. His connection to KZN comes through Spectrum, the broodmare sire of Dutch Art who has produced amongst his Gr1 winners Slade Power. Spectrum is based at Koos and Lorraine de Klerk’s Yellow Star Stud just outside of Mooi River in the KZN Midlands. 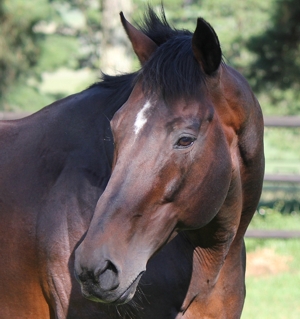 Spectrum was a two-time Group One winner, but it’s been as a sire and subsequent broodmare sire that he has enjoyed his greatest success: locally with top colt and Gauteng Guineas (Gr.2) winner Tellina; the international performers Moonlight Cloud a multiple Group One and Group winner, who came with a nose hair of beating Black Caviar at Royal Ascot in 2012; Dutch Art (Slade Power’s sire) a two-time Group One winner of the Prix Morny and Middle Park Stakes; the multiple Group One and Group winner Winchester who is now at stud in South Korea.

Slade Power is a striking 5 year old dark bay who has risen to the top of the sprinting pile in Europe thanks to his two Group One victories in the Diamond Jubilee Stakes and July Cup earlier this year, he is considered to be one of continent’s top sprinters.

Like a good bottle of wine, he has gotten better with age: at 4 he already had two Group 3’s (the Sapphire & Phoenix Sprints) and a Group 2 (British Champion Sprint Stakes) under his belt. However, it was a five year old that Slade Power was to have his greatest success, thanks to wins in the Diamond Jubilee Stakes (on Ascot day) and the July Cup earlier this year.

According to reports, the winners will be announced on November 11th, and it would be a great tribute to Spectrum, and confirmation of the international power and potency of KZN stallions if Slade Power were to garner the title.