Like its more famous brother, the Kentucky Derby, the Oaks is the oldest contested continually contested horse race in the world. First run like the Derby in 1875, the race has gained in popularity over the years and is only marginally shaded by the Derby in terms of popularity. This year’s edition is likely to be one of the most interesting for years with several fillies putting their hooves up for a chance at victory.

With the withdrawal of the top filly Songbird, the field has been thrown wide open as there is no filly as dominant or brilliant as Songbird, and none standout as obvious favourites or winners. One of the most interesting and unknown quantities is Rachel’s Valentina, a 7-2 favourite, albeit a somewhat lukewarm one for the Oaks. The daughter of the newest inductee into the Hall of Fame, the brilliant Rachel Alexandria, she has shown plenty of talent at the track. Even though she was left in the wake of Songbird in the Breeder’s Cup Juvenile Fillies, and was swallowed up by Weep No More in the Ashland Stakes, one can overlook those runs and she should not be underestimated. If she can emulate her famous dam who won the Oaks in 2009 by a record 20 lengths, then it will be a case of history repeating itself again. 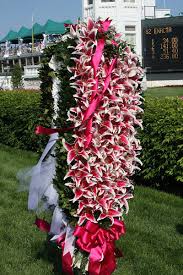 Rachel’s Valentina’s vanquisher in the Ashland, Weep No More and Cathryn Sophia are the odds on favourites for the race, with Rachel’s Valentina trailing them. Weep No More certainly has the ability to win, as she showed a tremendous turn of foot in the Ashland to overtake Rachel’s Valentina, and although lightly raced, her only other victory coming in the Suncoast Stakes in Florida, she should never be underestimated. As for Cathryn Sophia, her racing record speaks for itself, pure class and with 2 Grade 2 wins under her belt already (Forward Gal Stakes and Davona Dale Stakes (both Grade 2), she is undoubtedly the favourite to win the Oaks on Friday.

As for the rest of the field, there is one, Land Over Sea who is a distinct possibility for an upset in the Oaks. Spending most of her short career in the shadow of Songbird, she showed brilliant form in the Fairground Stakes in New Orleans and one overlooks her at one’s peril.

The forecast for the Oaks is good weather and like the Derby it is likely to play a big role in how the track runs and how the fillies react to it. One thing is for certain, one way or another it is a shoe-in that these fillies will pay tribute to the history of the great race and give us a day to remember.

“Lisa Barrett”, her psuedonym, currently works at a stud farm in the KZN Midlands. She is absolutely and totally crazy about horses and every aspect of them. She is fascinated by every aspect of the racehorse business, especially pedigrees and would like to one day write a book on her favourite sire!