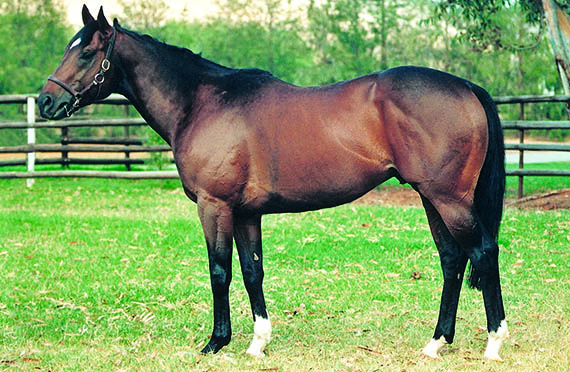 The news that the Highlands Stud based retired stallion National Assembly had been humanely euthanized at the ripe old age of 30 on Wednesday due to the infirmities of old age, was greeted with sadness. Pensioned in 2008 from stud duties due to declining fertility, National Assembly’s passing brings the curtain down on a remarkable career in the breeding shed, and as a highly successful broodmare sire.

National Assembly hailed from the third crop of leading North American sire Danzig, whose own promising career on the track was cut short by a career-ending knee injury. Sent to stud early Danzig made an indelible impression upon the breeding and racing landscape of America. Danzig’s greatest gift to the breeding and racing world was Danehill, who would ultimately go on to surpass his great sire in becoming the most successful sire of all time.

Sold as a yearling for $2 500,000 at the 1985 Fasig Tipton Saratoga Sale, National Assembly went into training with the legendary Vincent O’Brien, however he suffered a serious injury which put paid to his racing career, and he was sent to Graham Beck’s Highlands stud operation in South Africa, where he was to make a significant impact on the country’s breeding and racing scene. While National Assembly was never crowned champion sire, he did make the list of champion juvenile sires on several occasions. 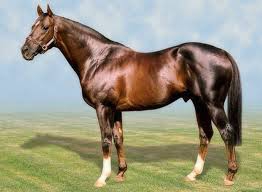 It was unfortunate for National Assembly that he tended to throw primarily sprinting types (60% won up to distances of 1400m the 30% up to a mile, and the rest only 10% won over distances of over a mile) something which would count against him when it came time to crowning a sires champion. Most of the big races in South Africa that generate money are over distances of more than a mile think Met (2000m), Durban July (2200m), leaving very little money for the sires of winners of sprinting races. This was the case with National Assembly who was continually compared to the likes of Silvano, Captain Al, Western Winter and Dynasty, and as a result never got the plaudits he so richly deserved.

As he would prove from his crops before being pensioned in 2008, National Assembly was a brilliant all-rounder, producing both good sons and daughters, and was one of the few stallions in South Africa to enjoy sustained success in Dubai with his crops, Grand Emporium (Godolphin Mile & Maktoum Challenge), National Colour and National Currency (Al Shindagha Sprint). His first crop at stud produced four Stakes winners and two Stakes placed horses, and his daughters (themselves Group winners) have shown just how versatile National Assembly was on all levels, with National Currency producing the multiple Grade/Group One winners Vercingetorix, and the multiple Group winning filly Trinity House, and Happily Ever After the top juvenile filly Happy Valentine, the 2013 Allan Robertson winner.

Unlike most stallions whose quality of crops declines as they age, National Assembly seemed to get better with age and his later crops were spectacular proof of this. From his 1991 crop, National Assembly produced the outstanding colt National Emblem (who died in 2013). National Emblem has a strong KZN connection, having stood at champion breeders Summerhill Stud for many years, before being relocated to Klawervlei Stud in the Cape. During his stint in KZN, he produced several brilliant horses, including the multiple Group/Grade One winners Nhlavini and Rebel King (now himself an up and coming freshman sire). From the 29 Stakes winners National Emblem sired, 10 were Group One winners, including the international Group One and Group placed Shea Shea, who is with the Mike de Kock stable, and looks set to race again during the Dubai Carnival season this year.

National Assembly thankfully has a KZN connection, through his son Announce, who stands at St John Grey’s Hadlow Stud. 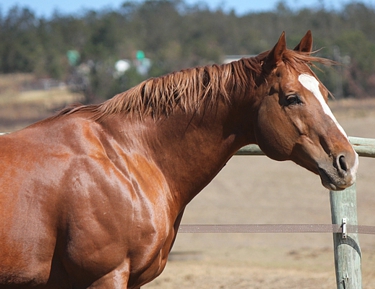 A Stakes winner over distances from 1200m-1600m, Announce has produced some impressive progeny since he went to stud in 2002. His most notable progeny to date have been Call To Combat, winner of the Wolf Power Handicap (Listed) and now standing alongside his father at Hadlow, the consistently performing filly My Jelly Bean (2nd Gr2 Umkhomazi S and 3rd Gr1 Gold Medallion), and Horatio (Group 3 winner of the Tony Ruffel Stakes and 3rd in the Gr.2 Gauteng Guineas).

National Assembly possibly saved his greatest until the end, from his second last crop, conceived at the ripe old age of 25, came Soft Falling Rain. Voted Champion colt of 2012, he soared in 2013 with two international Group 2 victories in the Godolphin Mile on Dubai World Cup night, and the Nayef Joel Stakes, and barring any unforeseen injuries, continue to grab headlines. One thing is certain, National Assembly’s legacy should endure for several generations to come, and it would be a fitting tribute to the great sire if they could achieve what he never could, a slew of sires championships.