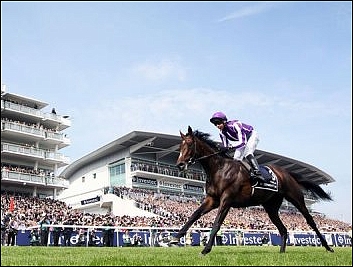 It was a historic day for many reasons, it’s the Diamond Jubilee year for one of the two longest serving monarchs in history, and it was the 2012 running of the Epsom Derby will be remembered for another reason.

Odds-on favourite Camelot wrote his place in equine history with a five length victory at the 1 ½ mile course at Epsom. If that phenomenal feat was not enough in itself, he was ridden by Joseph O’ Brien, trained by Aidan, making it the first father-son win in the famous race since 1780. Content to sit near the rear of the field until the final stretch, many wondered if it was too little too late, as Astrology was firing along very strongly. Camelot though had other ideas, and stepped up twenty gears to glide away bypassing the luckless Astrology to record a sublime victory.

Like his counterpart across the pond in America, I’ll Have Another, Camelot has a chance at taking the English version of the Triple Crown, should he win the St Ledger at Doncaster in September, thereby becoming the first horse since the mighty Nijinsky in 1970 to land the crown.

Aidan O’ Brien is a man of few words, preferring to let his horses do the talking, but even he couldn’t hide his delight at Camelot’s win. “You can’t even dream of days like this. “No-one can describe the feeling, things like this don’t happen”. He paid tribute to his son and his incredible performance by saying “”I was always happy, I know his [Joseph’s] body language by now and he looked confident”. One must also pay tribute to Camelot’s sire, the late and much lamented Montjeu, his ability to produce classic horses has never been in question, and today confirmed once again, what a blow his death is to racing. Let’s hope that his progeny can continue to light up the racecourses around the world with more performances like today